​Sorry - couldn't resist it - have a chuckle at this!

Turn OFF the background music (bottom left) to view these famous clips, melodies and songs - it's a breeze! 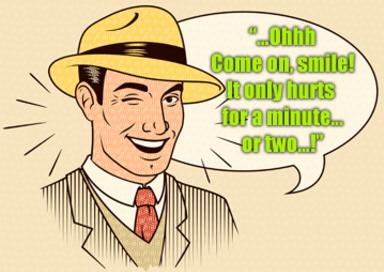 all died with honour, fighting for a cause they believed in against all the odds and sods" 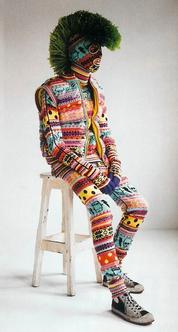 The King's Road is one of the most visited and fashionable streets in London, associated with decades of style, creativity and originality including its most recent reinvention  in the swinging 1960s which launched the careers of fashion icons such as Mary Quant and Vivienne Westwood.

King's Road derives its name from its function as a private road used by Charles II to travel up to the hunting fields of Soho or back to Kew. It remained a private royal road until 1830 although people with high connections were also allowed to use it. Houses, many of disrepute, date from the early 18th century.

Thomas Arne lived at No. 215 and composed "Rule Britannia" there. King's Road was home in the 1960s to the ultra-chic Chelsea Drugstore, directly opposite Mitre House, with its trendy stylised chrome-and-neon soda bar fountain upstairs. Originally, the site was a sleazy old traditional Victorian public house and now it’s a fast-food McDonalds. C'est la vie! Malcolm McLaren's infamous punk era boutique, Let It Rock, opened up at the unfashionable end of Kings Road towards the World’s End, which was named after another infamous pub. It was changed to SEX in 1974 and then Seditionaries in 1977.

Long before the hippie and punk eras, Chelsea was renowned as a magnet for bohemian counterculture, designers, artists, models, musicians and photographers. Celebrated boutiques included Granny Takes a Trip, where the Rolling Stones, The Beatles, Jimmy Hendrix and many other well known stars of stage and screen would go to hang out. Stop The Shop, next door to Mitre House at 126 Kings Road was one of the trendiest boutiques on Kings Road with a unique and architecturally unique fully revolving ground floor.

Some of the capital’s most popular restaurants and clubs have been associated with Kings Road including Alvaro’s beneath Mitre House, famed for its Italian cuisine, its film star clientele and the fact that it was the very first ex-directory venue in London - you could only book if you knew the private number and most usually, a celebrity, but not necessarily of merit or famous - more likely infamous would guarantee a smile or two from host, Alvaro Maccioni, considered quite rightly to be the Godfather of Italian chefs let alone of Italian cuisine in London.
The Pheasantry was the most louche and decadent club since Victorian times, situated only three minutes from Mitre House and where Oscar Wilde and his pals dined and partied regularly. It is now a smart Pizza Express with a lovely open courtyard. Just a shame the world's greatest guitarist from the world's greatest group moved out of the upstairs flat in the late sixties - yes, Cream's Eric Clapton - The Club dell' Aretusa, without doubt the capital’s most chic and desirable night club, owned and run by Alvaro [Maccioni], was again only three minutes walk from Mitre House and opposite The Pheasantry.

​      And finally of course, the infamous bohemian watering hole, The Chelsea Arts Club in Old Church Street, home from home to every established and struggling artist, photographer, potter, designer and sculptor. Even James Bond, Ian Fleming's ingenue, lived in a square just off King's Road and was known to frequent on occasion The Sloane Club, tucked away discreetly at the far south end of Sloane Street, always with a blonde on his arm and a reservation for one of their luxurious suites followed by a truly magnificent breakfast to start another hard day in the field or with another lucky girl.

The main man, though, has to be
Sir Hans Sloane (1660–1753), whose heirs owned the land from Sloane Square and most of Chelsea village and after whom Sloane Square is named and celebrated. The square lies at the east end of the far more vibrant Kings Road and at the south end of the more conventionally smart Sloane Street linking to Knightsbridge.
In the early 1980s, it lent its name to the "Sloane Rangers", the young underemployed, often snooty and ostentatiously well-off members of the upper classes. The square has two notable buildings: The Peter Jones department store and the Royal Court Theatre. A new recent fashionable addition being the French Brasserie Colbert. On the northern side of the square is the Sloane Square Hotel and another popular venue, Côte.
And not forgetting one of the most convenient transport hubs for both residents and visitors alike, having Sloane Square tube on the Circle and District lines, plus bus route Nos 19, 22, 137, C1, 452, 11 and the capital's best tourist route, the 211 to and from the grand Waterloo Station via Westminster Bridge, the Thames and The Wheel, the Houses Of Parliament, Victoria Station and onwards through Chelsea Kings Road to Hammersmith - it's worth every penny but don't forget your camera.

"it was a four storey magnificence with a touch of glamour for the discerning art lover."

Some of the arts, crafts and bohemian chic seen within 10 minutes of Mitre House - boutiques, restaurants, clubs,

The three residential floors are served by an elderly but attractive and spacious lift and the communal areas boast champagne alabaster lighting throughout, an abundance of plants and topiary on each landing and is the only Chelsea residential block with expensive and in some cases rare works of art, mainly modern contemporary, on the walls for the benefit of both residents and visitors alike.​

​   Mitre House boasts both an abundance of Edwardian grandeur with its many warm and attractive Art Deco/Art Nouveau artifacts and original fitments of the period which faithfully follow in the great tradition of Chelsea's chic and unique heritage.

The whole building has a truly artistic, interesting and imaginative interior most unlike any other you will have experienced in London or even indeed abroad as any of London's established Estate Agents will confirm.

Mitre House, built in c.1917, is in a most desirable area just five minutes from Sloane Square with some very impressive Portland stoneworks on the exterior facade and an imposing light oak double front door main porch with granite surrounds. There are nine flats / apartments above a parade of fashionable, useful and trendy boutiques.

​   The interior is both unique and highly individual, with masses of original features, brass fitments and door furniture throughout, beautiful oak double wooden doors with copper paned glass artifacts and an attractive, if slightly worn, terrazzo floor. The Crittall windows throughout the communal parts have original stained glass insets, replicated in areas of the nine flats within their spacious and unusually large interior rooms and facilities. 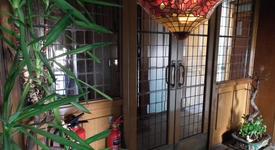 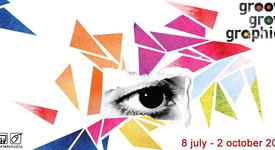 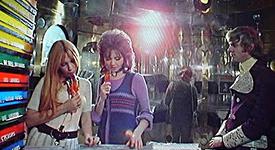 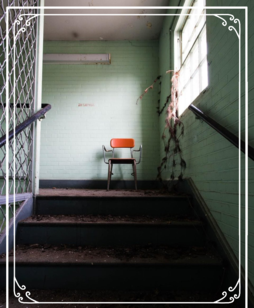 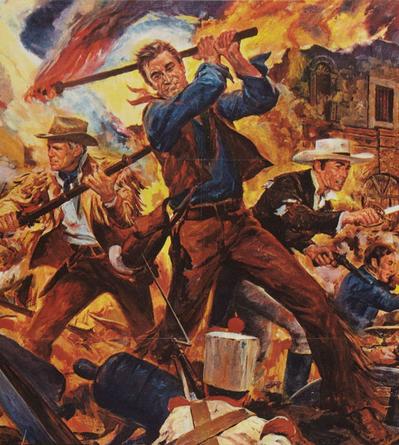 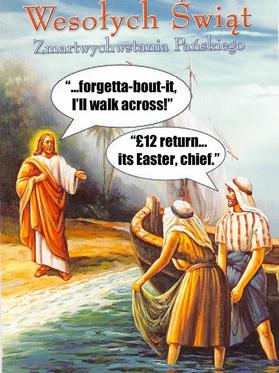 those that know their neighbourhood's history.

The Servant, Dirk Bogarde, crosses Kings Road in front of Thomas Crapper & Sons next door to Mitre House in 1962 - NOW the ongoing redevelopment of Kings Walk Mall by Crosstree/Knightbuild

start me up or turn me off!

If you're viewing this on an iPad, iPhone, Blackberry, Blueberry or even a Bilberry, you're missing the fun…it can only function with the full auto music on your  computer screen…or find the audio and start manually.

...as opposed to the bourgeoisie or worse still, nouveau riche..!

Not everything is as it first appears